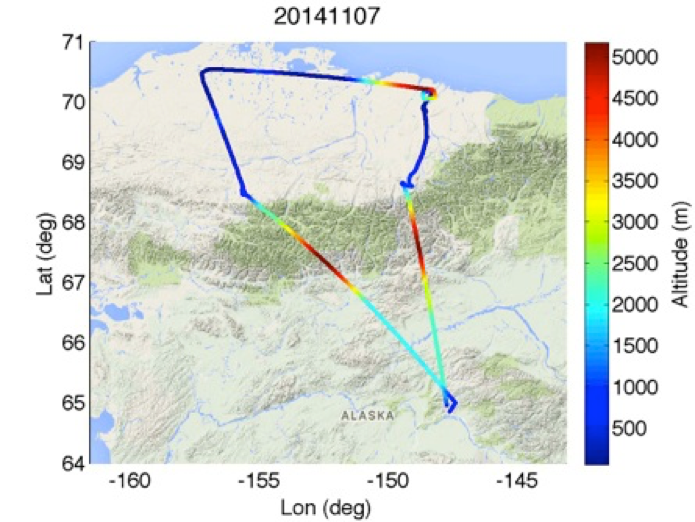 Altitude and flight path recorded during a CARVE flight from Fairbanks to the North Slope of Alaska on November 7, 2014.

This data set provides high-frequency geolocation, time, height, pitch, roll, and heading information for the C-23 Sherpa aircraft during airborne campaigns over the Alaskan and Canadian Arctic as part of the Carbon in Arctic Reservoirs Vulnerability Experiment (CARVE). The data were collected in situ using the Digital Air Data System (DADS) onboard the aircraft and are presented at 1-second intervals throughout each flight. Flight campaigns took place from 2012 to 2015 between the months of March and November to enable investigation of both seasonal and inter-annual variability in atmospheric gas content. The measurements included in this data set are useful for matching aircraft position with the scientific data collected by other CARVE airborne instruments. 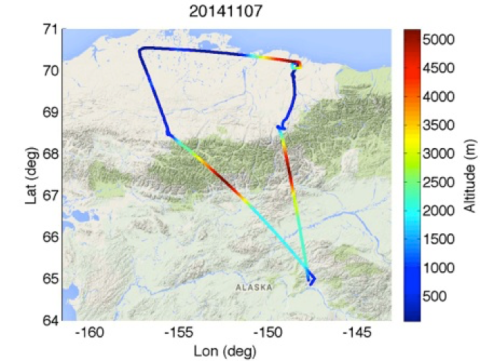