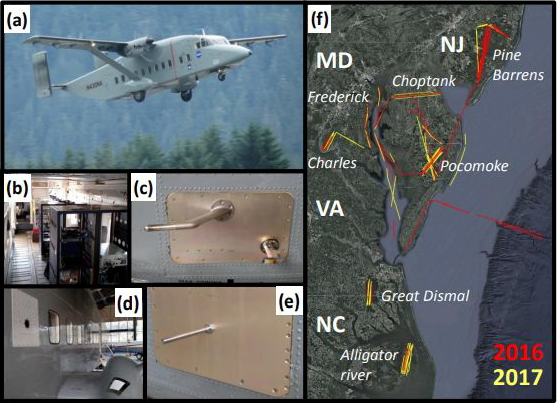 The CARbon Atmospheric Flux Experiment (CARAFE) campaign measured the exchange of greenhouse gases such as carbon dioxide and methane between the Earth and the atmosphere in the Mid-Atlantic region. Measurements acquired from this campaign were designed to observe and quantify fluxes of carbon dioxide, methane, sensible heat, and latent heat at high spatial resolution over a range of mid-Atlantic ecosystems. The campaign was funded through a combination of NASA Carbon Monitoring System (CMS) and Headquarters reserve funding.