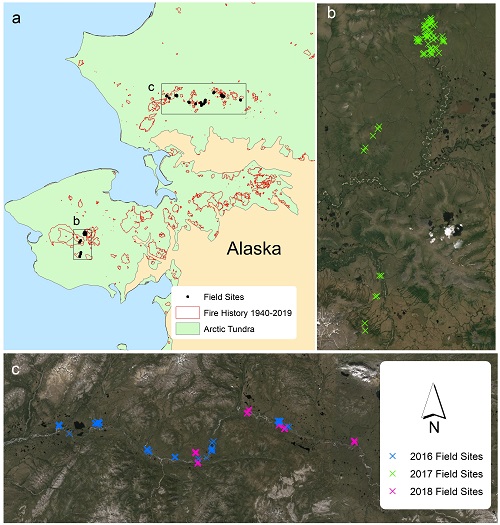 Potential field sites were determined a priori using a suite of fire indices and topographic variables. Burned and unburned areas were identified within fire perimeters recorded in the Alaska Large Fire Database (ALFD), and Landsat satellite imagery data was used to calculate indices of fire severity. The final set of sites were selected using a stratified random sampling scheme.