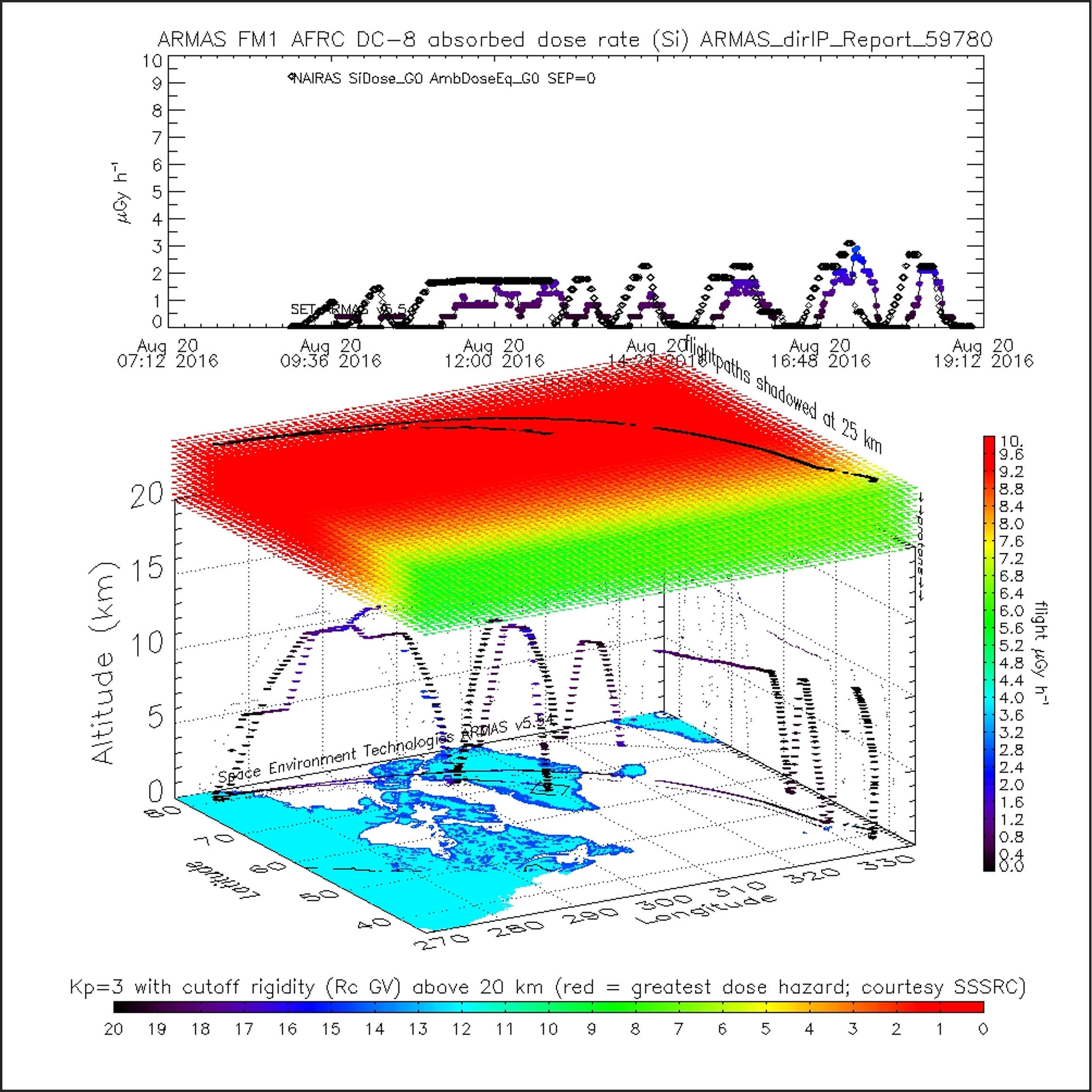 Absorbed dose rate in silicon (top panel) and the 3D representation of the flight (bottom panel). The colored region above 20 km is the notional hazards of the incoming particle environment at the top of the atmosphere, where red indicates greater hazard (more particle flux) at the high latitudes while green represents lower hazard (lower particle flux and lower radiation exposure) in the equatorial region.

This dataset contains absorbed radiation dose rates in silicon from the Automated Radiation Measurements for Aerospace Safety (ARMAS) system along ATom flight paths for the ATom-1 campaign conducted in July and August 2016. Absorbed dose rates measure how much energy is deposited in matter by ionizing radiation per unit time. Radiation sources can be from galactic cosmic rays, solar energetic particles, or Van Allen radiation belt energetic particles and can have adverse effects on human tissue and aerospace electronics as well as profound effects on chemical species in the atmosphere. Derived ambient equivalent dose rates are provided and relate the absorbed dose in human tissue to the effective biological damage of the radiation through a radiation weighting factor. Visualizations of absorbed radiation dose for ATom-1 flight paths are included.