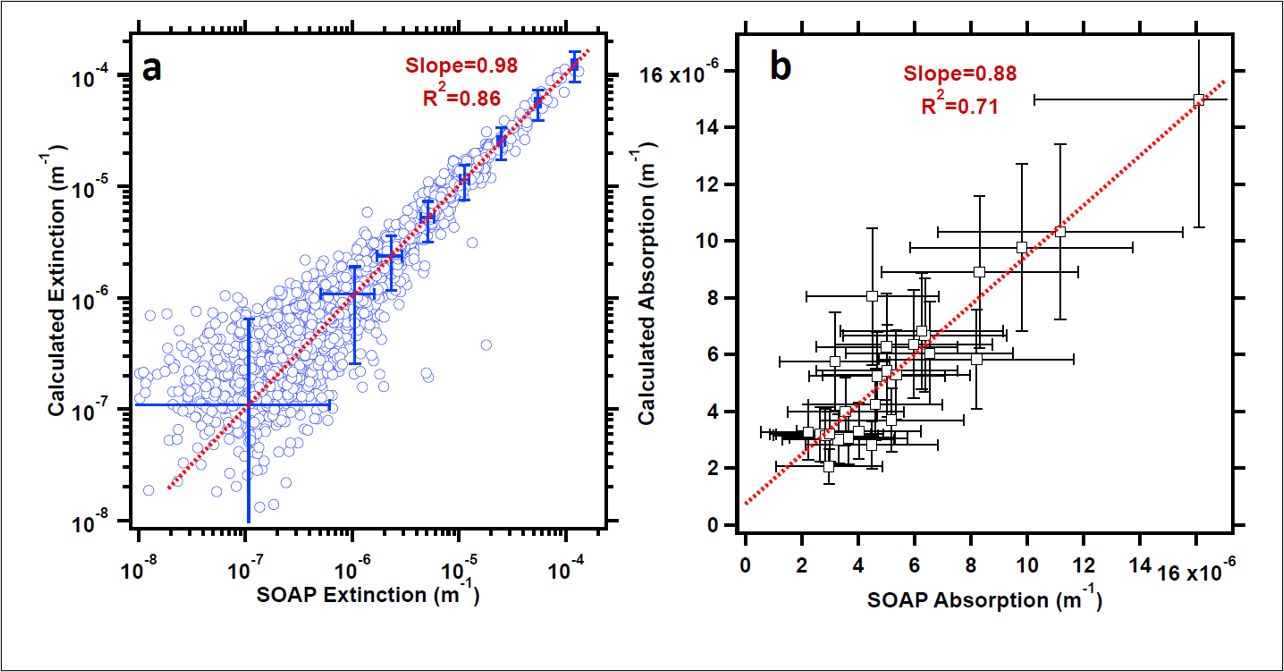 This dataset contains one-second aerosol extinction and absorption measurements from the Spectrometers for Optical Aerosol Properties (SOAP) instrument aboard the NASA DC-8 aircraft during the ATom-4 campaign that occurred in 2018. Aerosol extinction is measured by cavity ringdown spectroscopy and aerosol absorption by photoacoustic spectroscopy. Extinction is measured with sufficient precision and accuracy for the remote atmosphere. The absorption and extinction of visible light by aerosol particles is a major component of the earth's radiation budget, strongly affecting climate. Highly absorbing particles directly heat the atmosphere, while particles that scatter light tend to cool the atmosphere. These aerosol-radiation interactions also alter air temperature and the rates of photochemical reactions.