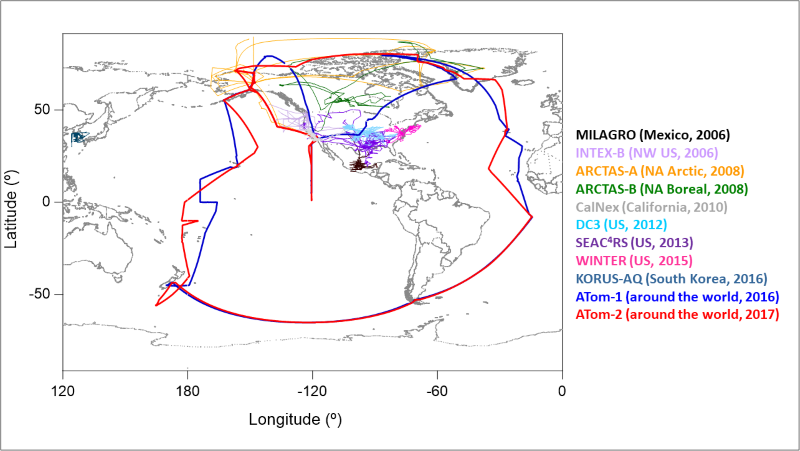 Flight tracks for airborne campaigns in this dataset.