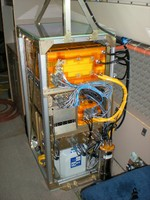 This is Version 2 of this dataset and includes current data for all four ATom campaigns conducted for the mission.