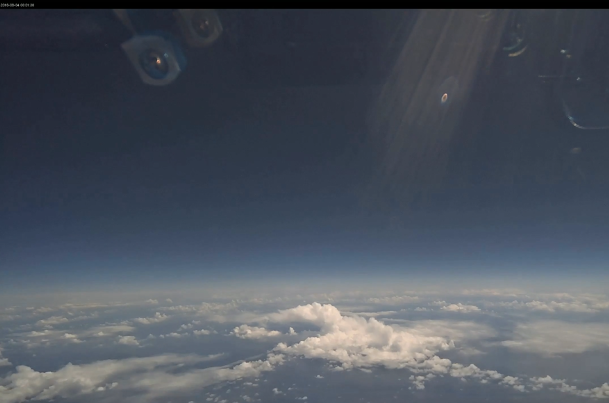 View from the front of the NASA DC-8 aircraft during the ATom-1 campaign.

This dataset contains images taken from the front of the NASA DC-8 aircraft during the first three ATom campaigns from 2016-2017. Images were taken with an Axis P1357 High Definition camera with a Theia TH138A wide-angle lens. These images were then stitched together at a 10-second frequency into an MP4 (*.mp4) video for each flight. The forward camera shows the visible atmosphere that DC-8 flew through, allowing the in situ measurements to be placed in the context of cloud fields, smoke and haze layers, and boundary layers.