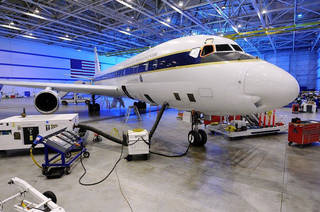 This dataset contains Global Modeling Initiative (GMI) Chemical Transport Model (CTM) outputs from the four Atom campaigns. GMI simulations of the ATom flight periods have a horizontal resolution of 1.0 x 1.25 degrees, with output every 15 minutes. The ICARTT files are generated by spatially and temporally interpolating the output to the ATom flight track. Vertical interpolation is linear in log-pressure. The netCDF files provide three-dimensional (3D) GMI simulation output for the region surrounding the flight track every 15 minutes at the original model resolution. GMI is a 3-D CTM that includes full chemistry for both the troposphere and stratosphere. GMI simulates the concentrations of many of the species measured during ATom.