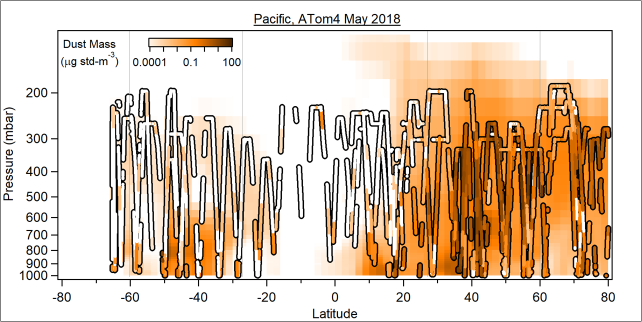 Dust mass observations across the Pacific Ocean made by the PALMS instrument combined with AMP aerosol size spectrometers during the ATom-4 campaign in May 2018.