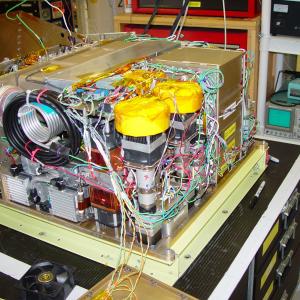 Photo of the interior of the PANTHER GC. This instrument was used during all ATom campaigns.