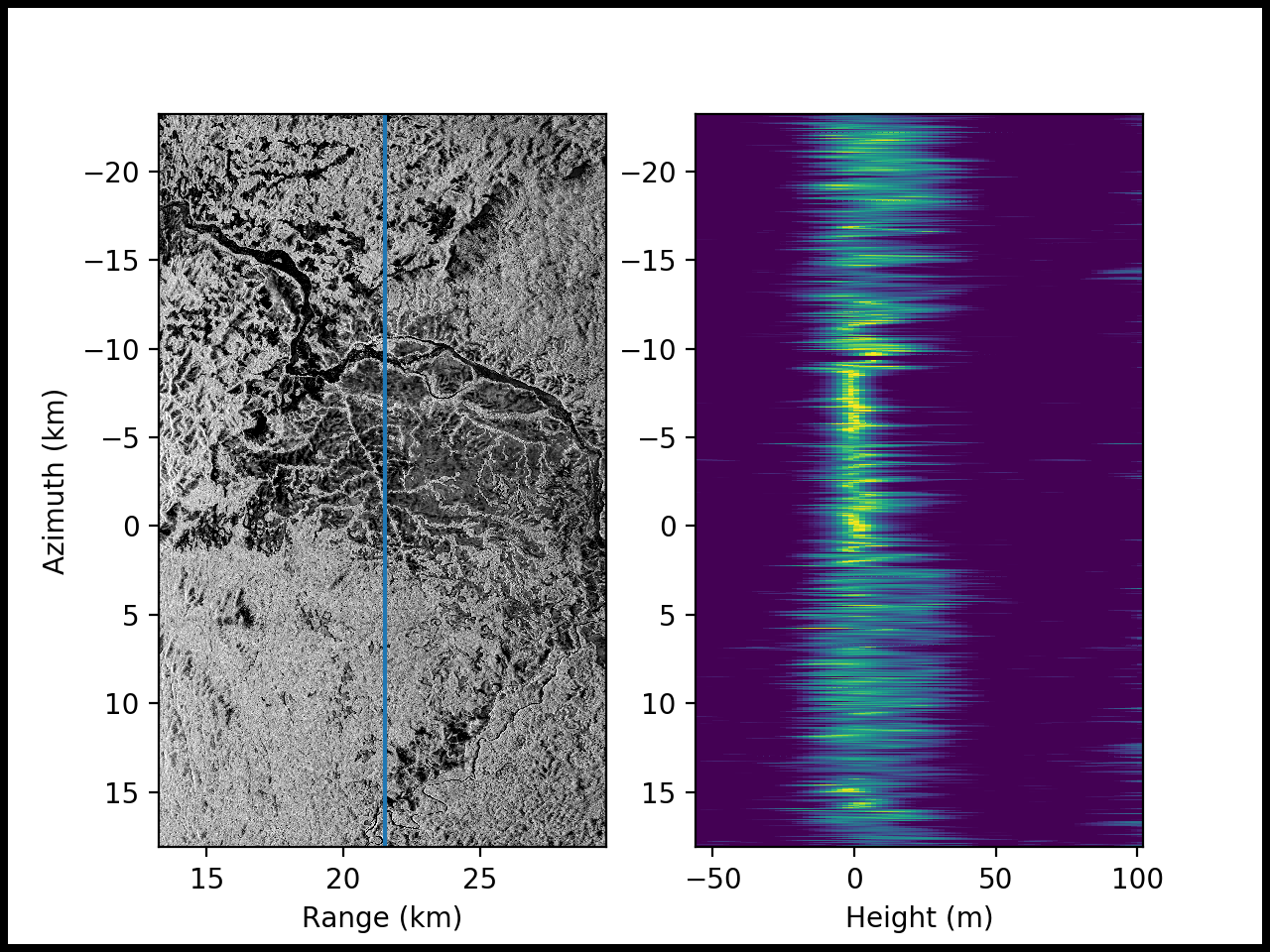 Tomographic image of Lope National Park for the cross-section marked by the blue line. Note the contrast between dark areas dominated by surface scattering and the bright areas with scattering through the forest canopy.

The AfriSAR mission was an airborne campaign that collected radar and field measurements of forests in Gabon, West Africa. The mission was a NASA collaboration with the European Space Agency (ESA) and the Gabonese Space Agency. The AfriSAR data will help prepare for and calibrate current and upcoming spaceborne missions that aim to gauge the role of forests in Earth's carbon cycle.

See all data from AfriSAR. 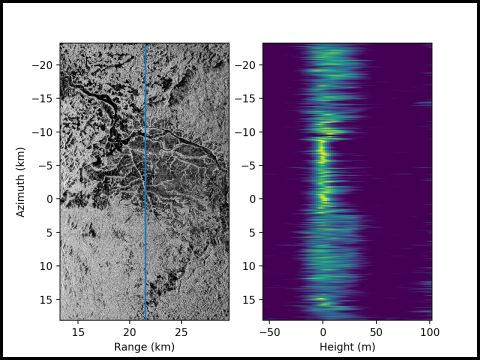