Highlights from the Literature 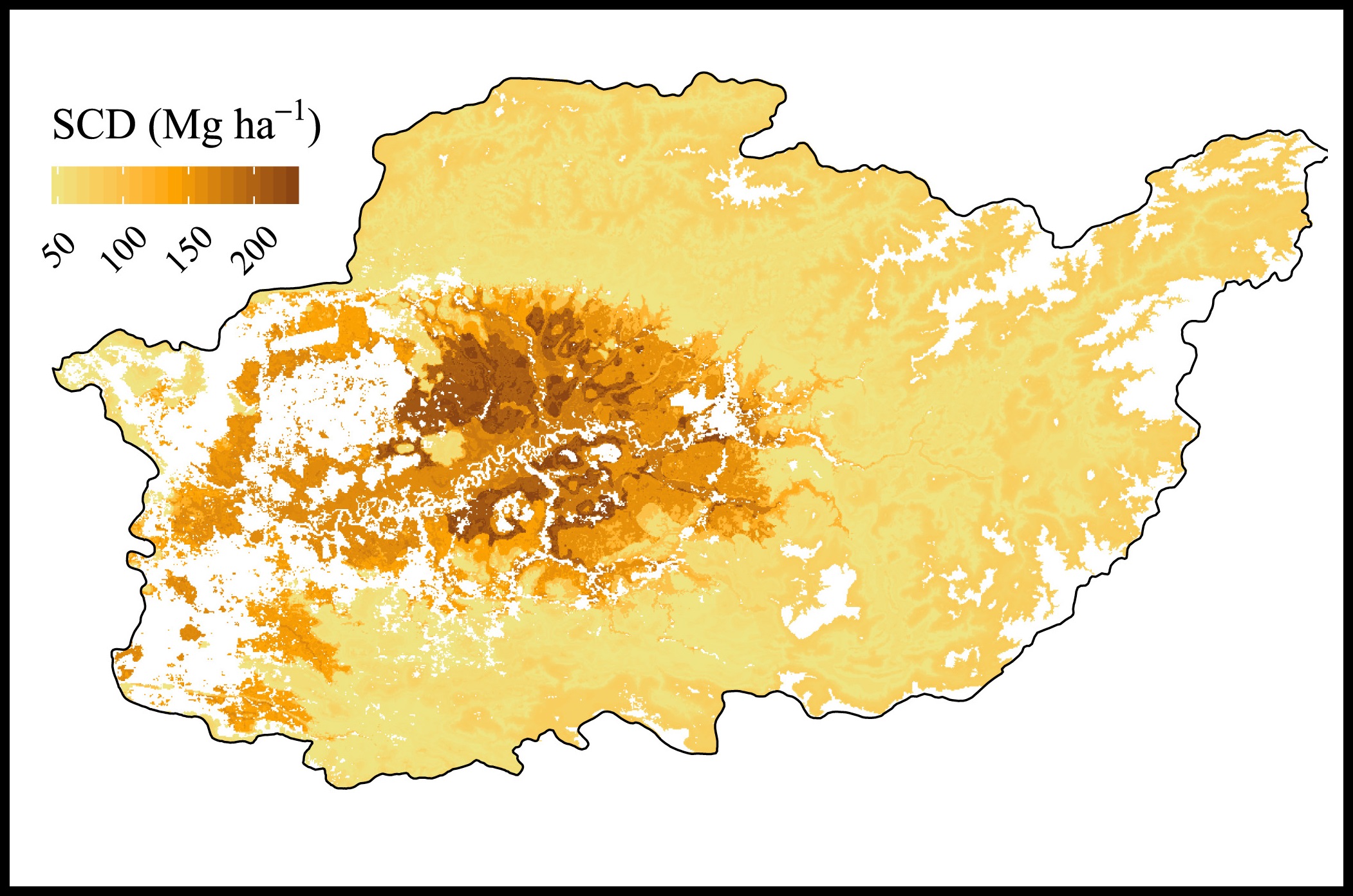 Soil carbon density (SCD) data from the Regridded Harmonized World Soil Database v1.2 were used to validate model predictions in a study of the spatial relationship between carbon storage and tree diversity in northern Borneo.

Weider et al. (2014) collected soil samples from select sites across northern Borneo, then developed models to predict carbon metrics over the entire study area. To determine if their models were robust, they compared predicted values with existing SCD data provided by the Regridded Harmonized World Soil Database. They found a significant positive relationship between their predictions of SCD and the top 30 cm soil carbon values in the Harmonized World Soil Database. There was also high congruence between the spatial distribution of SCD "hotspots" (i.e., areas of concentrated soil carbon).

SCD is a measure of carbon storage, which is important for ecosystem functioning and reducing atmospheric CO2. Northern Borneo faces deforestation with the development of oil palm plantations. The findings of Weider et al. (2014) inform conservation in Borneo because a high proportion of SCD hotspots were located in areas with high potential for human disturbance. According to the authors, "There is a need for more primary data from data-scarce regions to characterize the spatial distribution of, and spatial relationship between, carbon storage and biodiversity so as to guide decision making on land-use planning."

Between 2007 and 2030, approximately 48.25 km2 (an increase of 7.8%) of the area outside the Baltimore urban core is expected to become urban land, and this urbanization will be coupled with generally modest decreases in subsurface water storage, but with high spatial heterogeneity . "While Maryland may seem to be an unlikely place for water shortages owing to its temperate climate, proximity to the Chesapeake Bay, and the dense network of streams covering the state," the authors write, "continued pressures from urban growth emanating from the Baltimore-Washington metropolitan area have resulted in warnings about potential future water shortages."

The LEDAPS Calibration, Reflectance, Atmospheric Correction Preprocessing Code, available through the Model Archive, was used to process images for the generation of forest cover maps for Hainan Island, China.

The authors found that about 95% of forest gain and loss occurred where deciduous rubber, eucalyptus plantations, and urbanization expanded rapidly. "This study demonstrates the potential of … image fusion for monitoring annual forest dynamics in the tropical regions," contend the authors. LEDAPS and other imagery batch preprocessing tools are increasingly important to forest management because they allow for long-term time series change detection analyses.