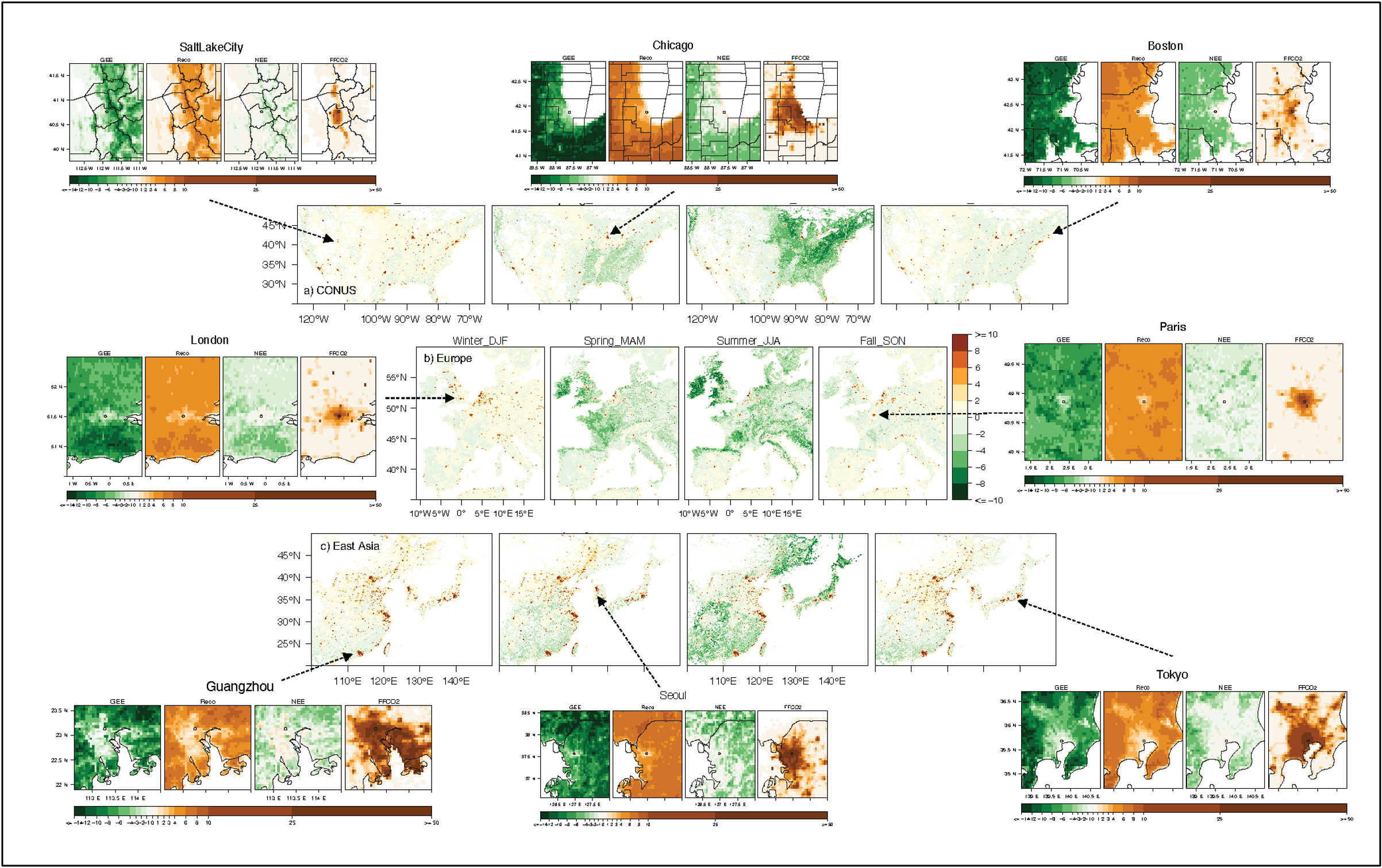 The sums of seasonal mean SMUrF-based NEE and ODIAC-based FFCO2 for CONUS (a), western Europe (b), and East Asia (c) for 2018 in centered panels. City-wide GEE, Reco, NEE, and FFCO2 over JJA 2018 are provided around the centered panels.

The ORNL DAAC is pleased to announce the release of a new dataset associated with The North American Carbon Program (NACP) by Wu, D., et al. (2021):

The North American Carbon Program (NACP) is a multi-disciplinary research program designed to obtain scientific understanding of North America's carbon sources and sinks and of the changes in carbon stocks needed to meet societal concerns, and to provide tools for decision makers. NACP began in 2002 and continues to date. The NACP data collection contains continental carbon budgets, dynamics, processes, and management of the sources and sinks of carbon dioxide, methane, and carbon monoxide in North America and in adjacent ocean regions.

Additional data from NACP and other relevant links can be found on the ORNL DAAC's NACP Project Page.