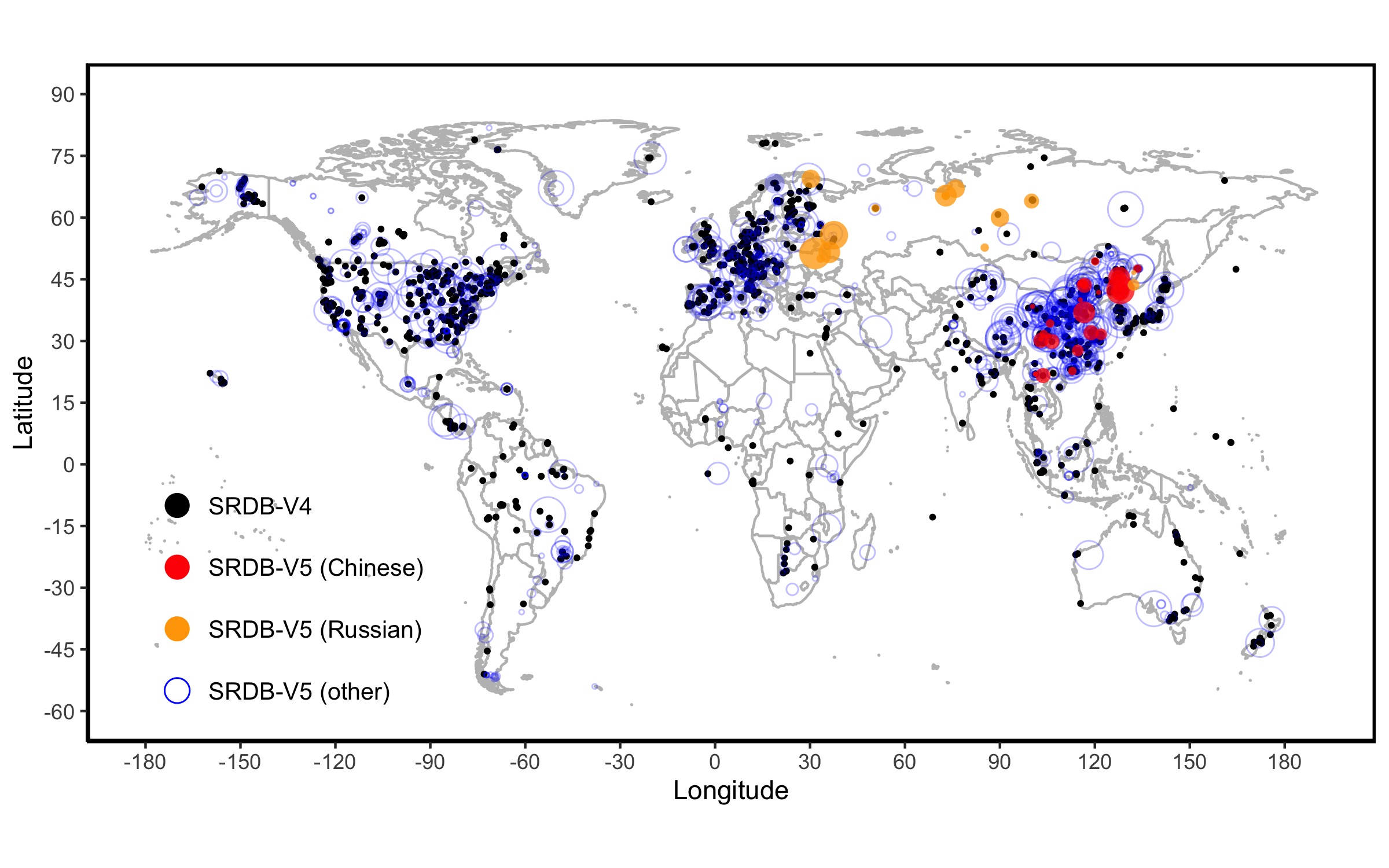 The ORNL DAAC recently released the fifth version of the ever popular dataset on global soil respiration compiled from literature by Jian, J. et al, 2021:

Additionally version 5 of this dataset has been restructured to have better interoperability with other datasets related to carbon-cycle science. Soil respiration, the flux of autotrophically-and heterotrophically-generated CO2 from the soil to the atmosphere, remains the least well-constrained component of the terrestrial carbon cycle. This dataset aims to provide opportunities for the biogeochemistry community to better understand the spatial and temporal variability of Rs, its compoenets, and the overall carbon cycle.