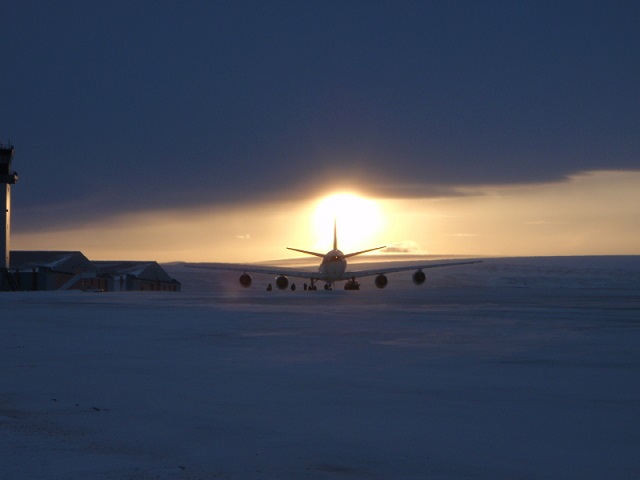 A NASA DC-8 taxis on the runway at Thule Air Base in Greenland. Credits: NASA/Kent Schiffer

A new dataset from the Atmospheric Tomography Mission (ATom) provides the concentrations of water measured by the Diode Laser Hygrometer (DLH). The DLH measures the water vapor (H2O(v)) in the atmosphere by wavelength modulated differential absorption spectroscopy of an isolated rovibrational line. The measurements include water vapor mixing ratio in parts-per-trillion-by-volume (pptv) and relative humidity in percent.

ATom is a NASA Earth Venture Suborbital-2 mission to study the impact of human-produced air pollution on greenhouse gases and on chemically reactive gases in the atmosphere. Around-the-world flights were conducted in four campaigns between 2016 and 2018. See all ORNL DAAC data from ATom.