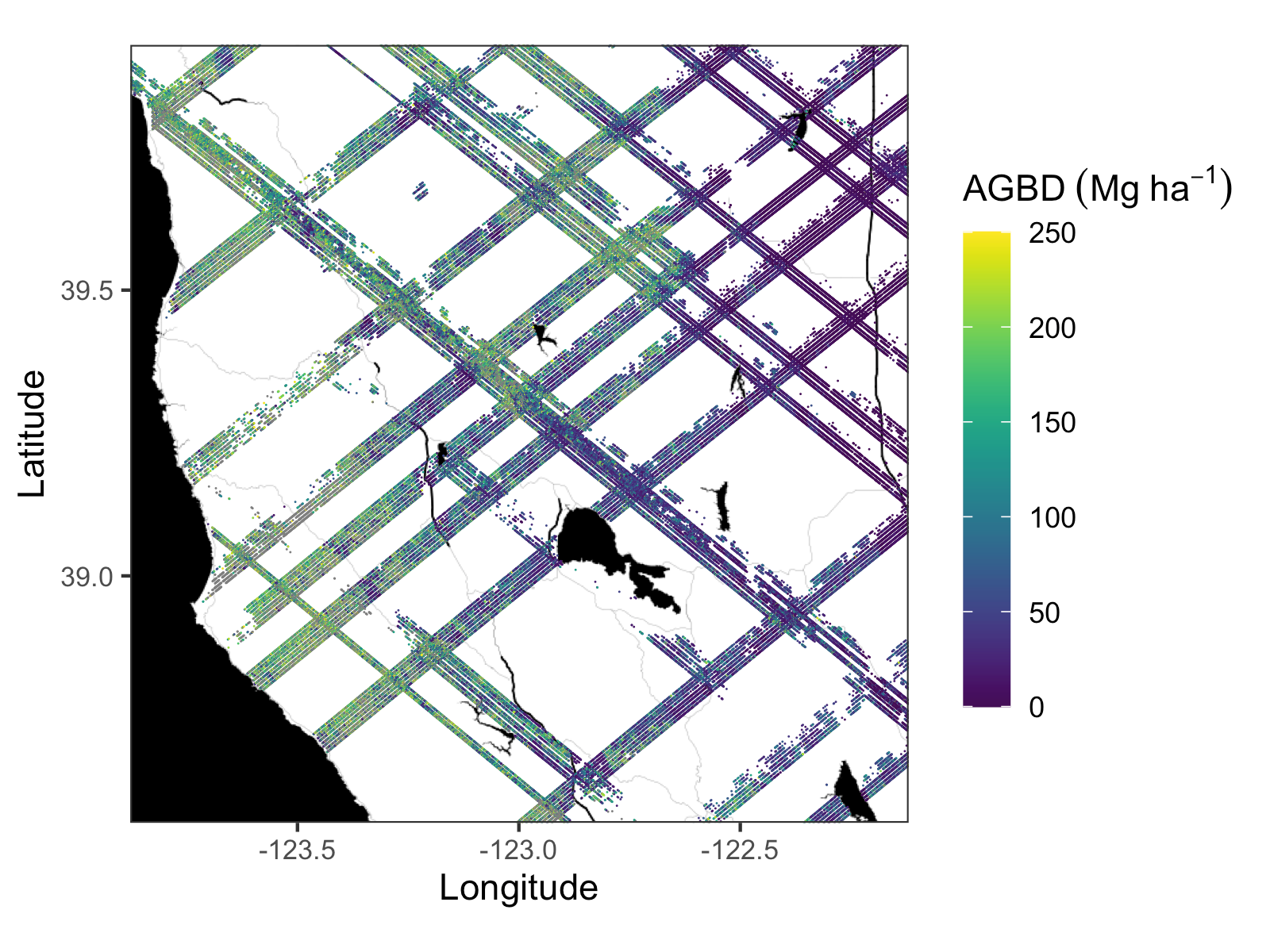 The ORNL DAAC has released version 2.1 of the GEDI Level 4A Footprint Level Aboveground Biomass Density Estimates, produced by the GEDI Science Team:

Users who have downloaded version 2.0 (filenames ending *01_V002.h5) should switch to using version 2.1, such as by using the download and access tools linked on the V2.1 landing page. It is also possible to correct previously downloaded data, using a procedure documented in a Jupyter notebook developed in collaboration with the GEDI Science Team.  This correction is possible because algorithm setting group 10 uses the same settings as the algorithm setting group 5 (a05) but selects a higher mode to calculate the RH metrics when the lowest detected mode is likely noise.  The xvar data provided for a05 can, therefore, be used to correct the a10 AGBD estimates.

To read more about this dataset, see the GEDI L4A User Guide. You can also check out the tutorials available from the ORNL DAAC and explore the data through our Global Subsets Tool.

Additional data from the GEDI mission can be found on the ORNL DAAC's GEDI Project Page (Levels 3 and 4) and through the Land Processes DAAC's GEDI Data Catalog (Levels 1 and 2).