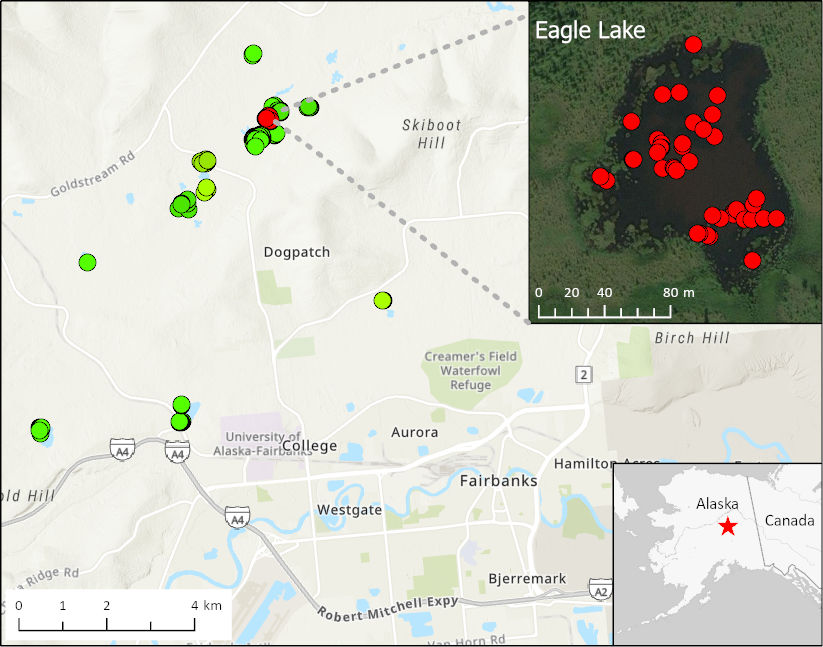 This dataset includes locations and number of methane ebullition hotspots in 15 frozen lakes in the southern portion of the Goldstream Valley and the surrounding landscape just north of Fairbanks, Alaska, USA. Hotspots were identified from early winter high resolution aerial photographs acquired three days after lake-ice formation in October 2014. Hotspot ebullition seeps are defined as point-sources of high ebullition that release methane from lake sediments year-round. High rates of bubbling impede ice formation and in early winter bubbling leads to dark, round open holes in lake ice which were visible in the aerial photos. This project investigated the role of theromkarst lakes in thawing of permafrost and mobilization of organic carbon in frozen soils.